Condominiums at the Town Centre of Scarborough

Scarborough Town Centre Condo development has been relentless, with most new Scarborough Condo projects occuring near the mall. 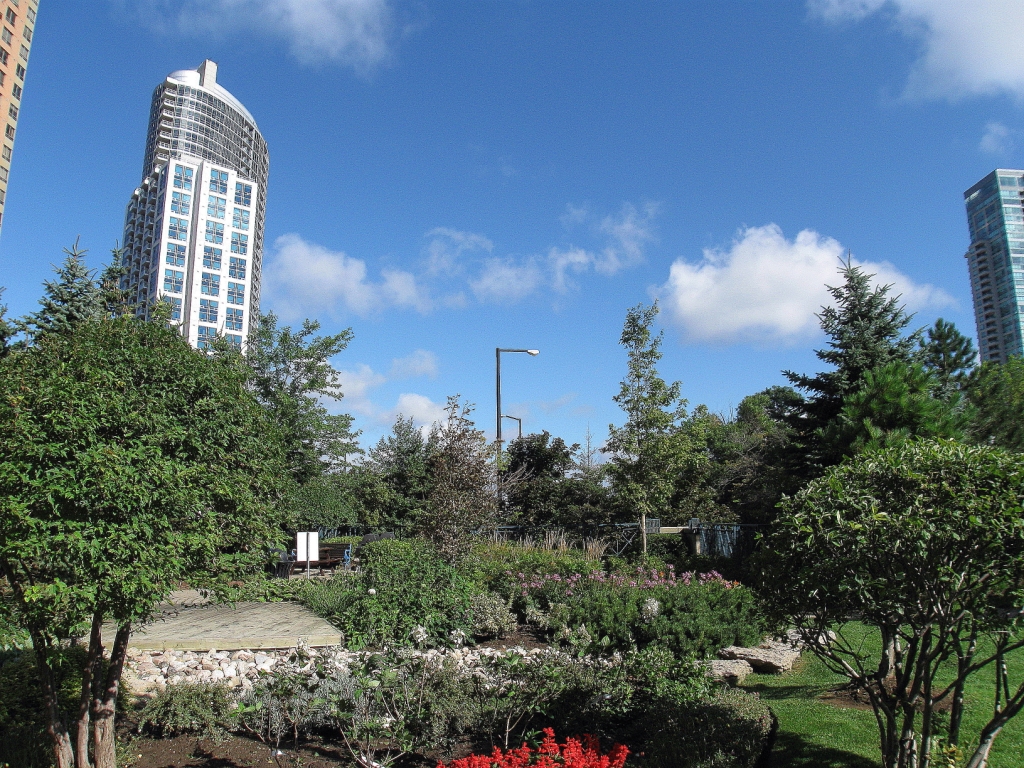 This isn't surprising, as aforementioned locational benefits & amenities make it excellent for first 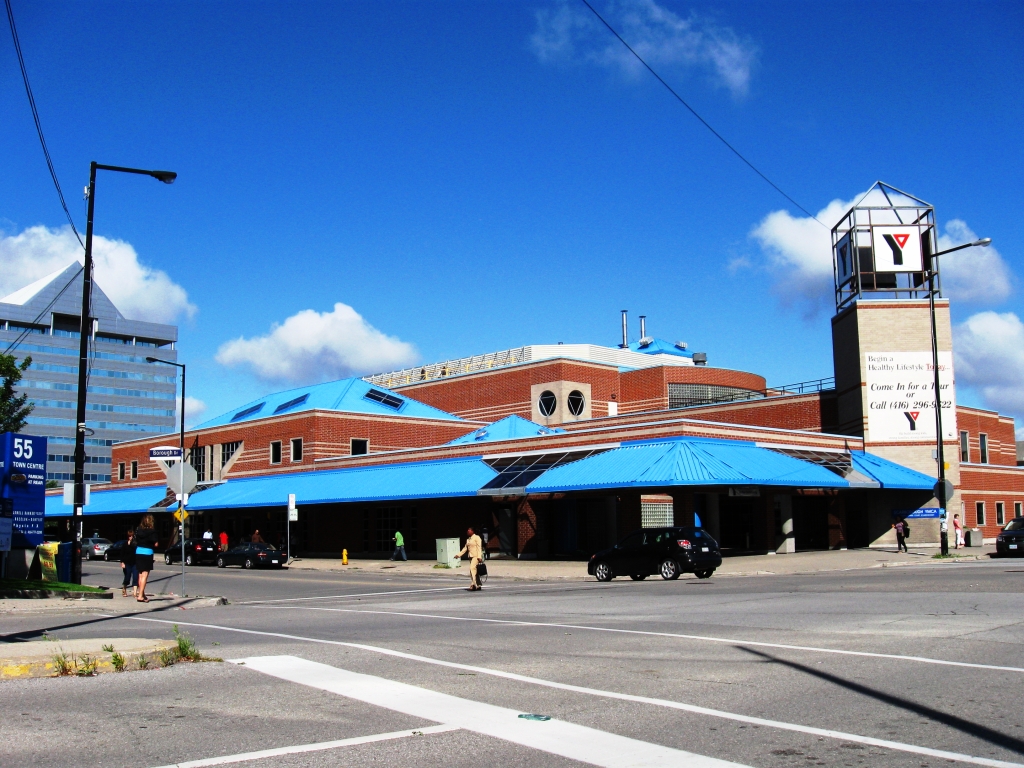 time condo buyers. Everything one could want is nearby. Tridel started at Scarborough Town Centre in about 1992 or so with Consilium condos near the centre of Scarborough Town at 68 & 88 Corporate Drive, which were a huge success & May Towers (1 & 11 Lee Centre) quickly followed, as did Hillsborough Court Towers (8 & 18 Lee Centre Dr). These Scarborough Town Centre condos also sold out quickly, ensuring further development, which started to move further west towards Brimley, with Tridel's Forest Mansion condos at 115, 123 & 125 Omni Drive & other Tridel projects such as 360 Degrees at 83 Borough Dr, Monarch's Eq 1, Eq 2 & Equinox Projects at Brian Harrison Drive & 50 - 60 Town Centre Crt, Scarborough YMCA at Town Centre& Conservatory Group's Altitude Project at 68 - 88 Grangeway just east of McCowan Rd. Even today, cranes car be seen finishing construction on latter developments, like Centro Condo Towers at 190 Borough & 25 Town Centre Crt. These highrises have proven to be excellent rental investments, attracting purchasers from as far as China & Dubai investing in units to obtain returns. If there is an often heard criticism, it's that units can be small compared to other, older buildings in Scarborough. I find this unfair however, as sizes aren't too different from other new properties constructed in GTA. 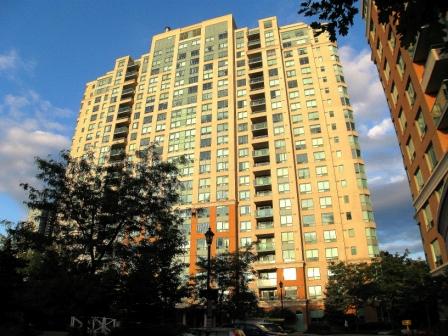 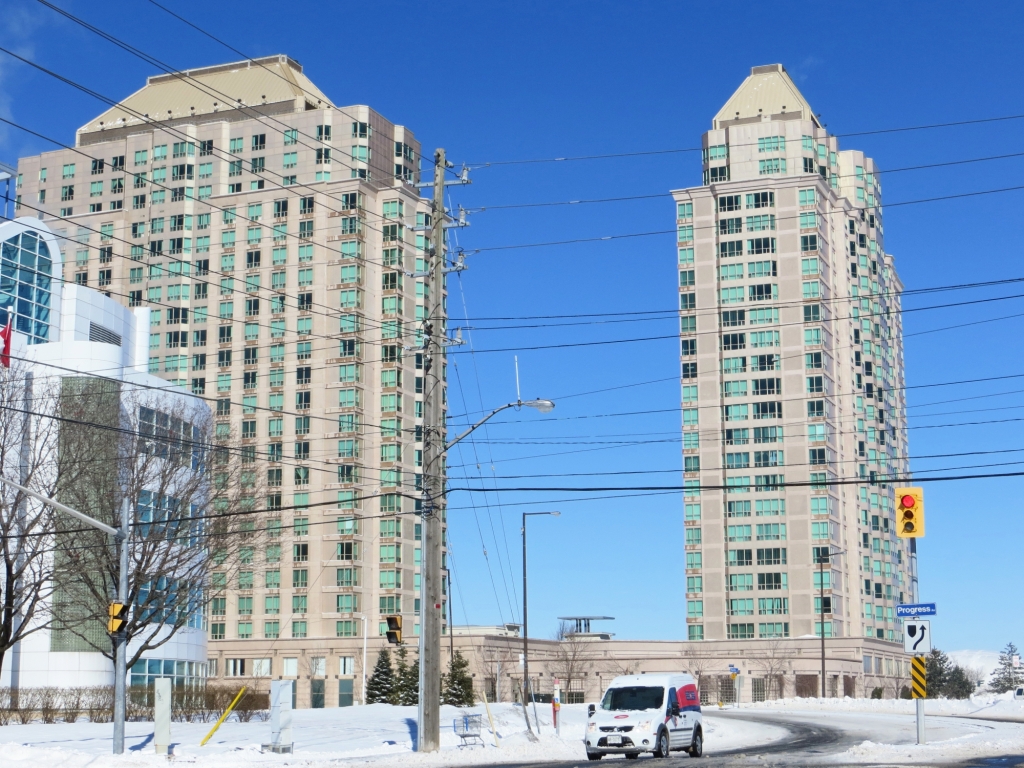 Located east of Scarborough's Town Centre mall, closer to Markham Rd, were completed in 1999 & 2001 respectively. Neighbouring Hillsborough Court Towers (8 & 18 Lee Centre Dr - MTCC 1151 & 1129) were also built by Lee Developments, but were finished in 1995 & 1997. One finds spacious 3 & 4 br models here catering to larger families, but note that May Tower condos only feature 2 br's. Hillsborough Crt can have suites that are 1200 sq ft but May tops out at about 1000 sq ft. 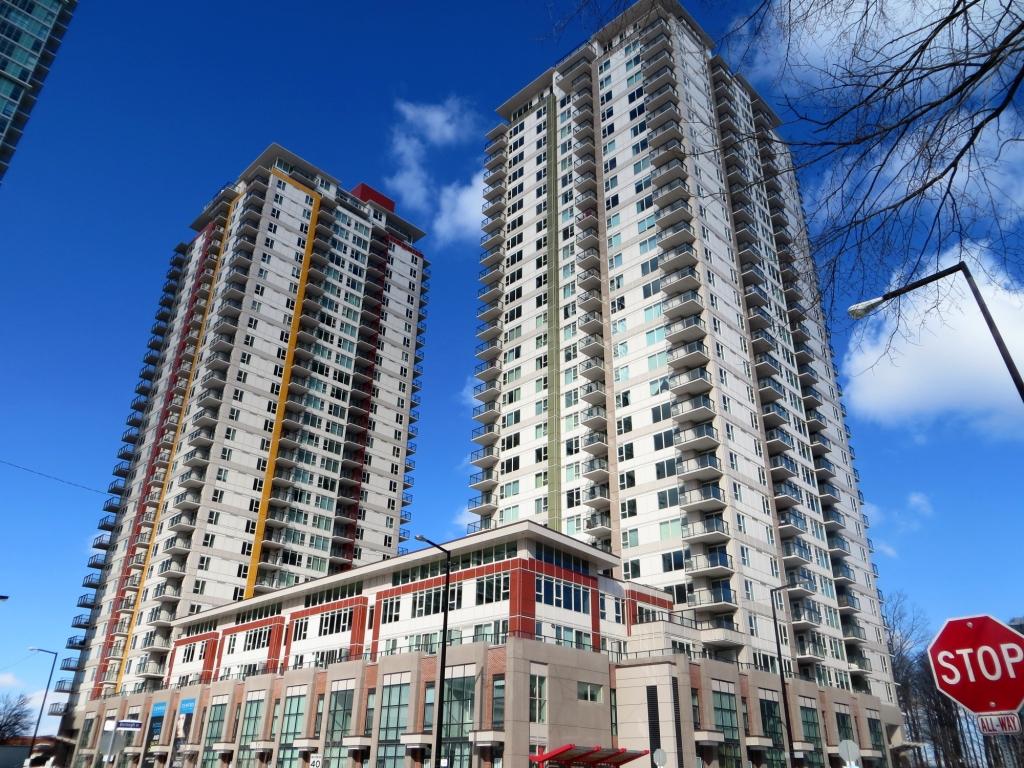 situated in a quiet pocket off Omni Dr & with Scarborough's YMCA nearby. They overlook conservation land to the south & higher floor units have spectacular lake views. Completed in 2011/2012 by Henderson Development Group, it's a modern complex with amenities to appeal to younger buyers, including a multi-media theatre. Very efficient suite designs, balconies & low association fees characterize the complex. 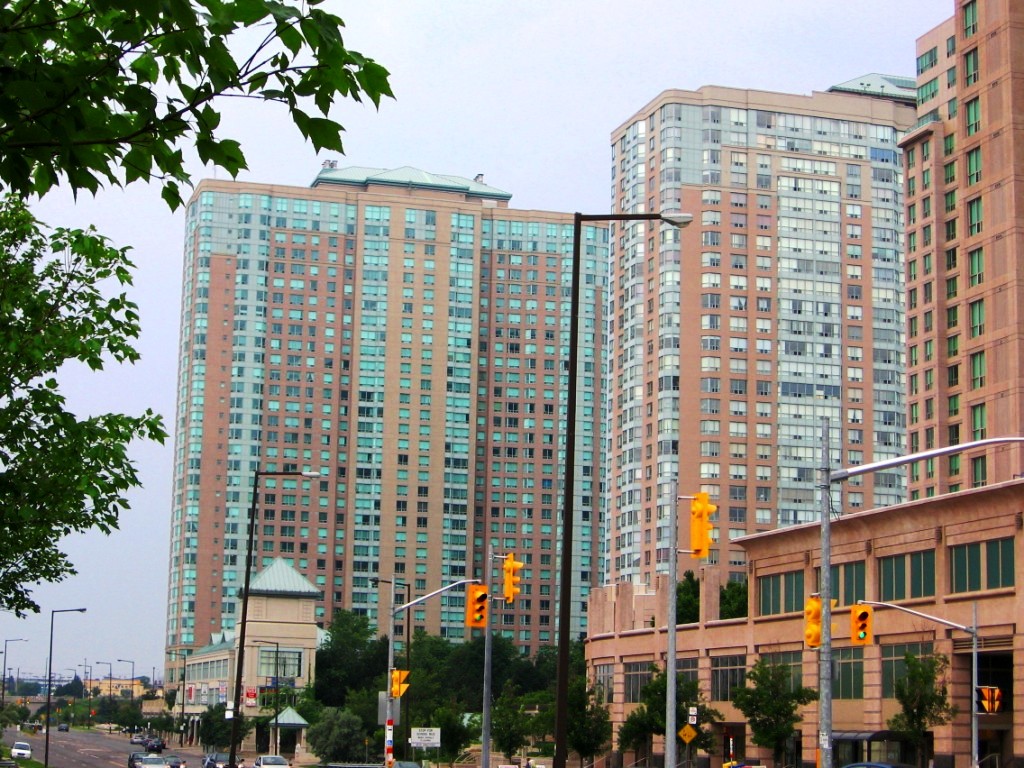 grandaddy of Scarborough Town Centre condos, completed in 1992 & 1997 by Tridel. 68/88 Corporate Drive are still two of the best condominiums in Scarborough - which is a testament to its builder & its workmanship & design. Exceptional downtown rivaling amenities include indoor & outdoor pools, tennis, squash crts, a bowling alley etc. These residences have the largest area suites, with some approaching 1800sq ft. If there's a downside it is the lack of balconies, but to compensate most units have solariums. 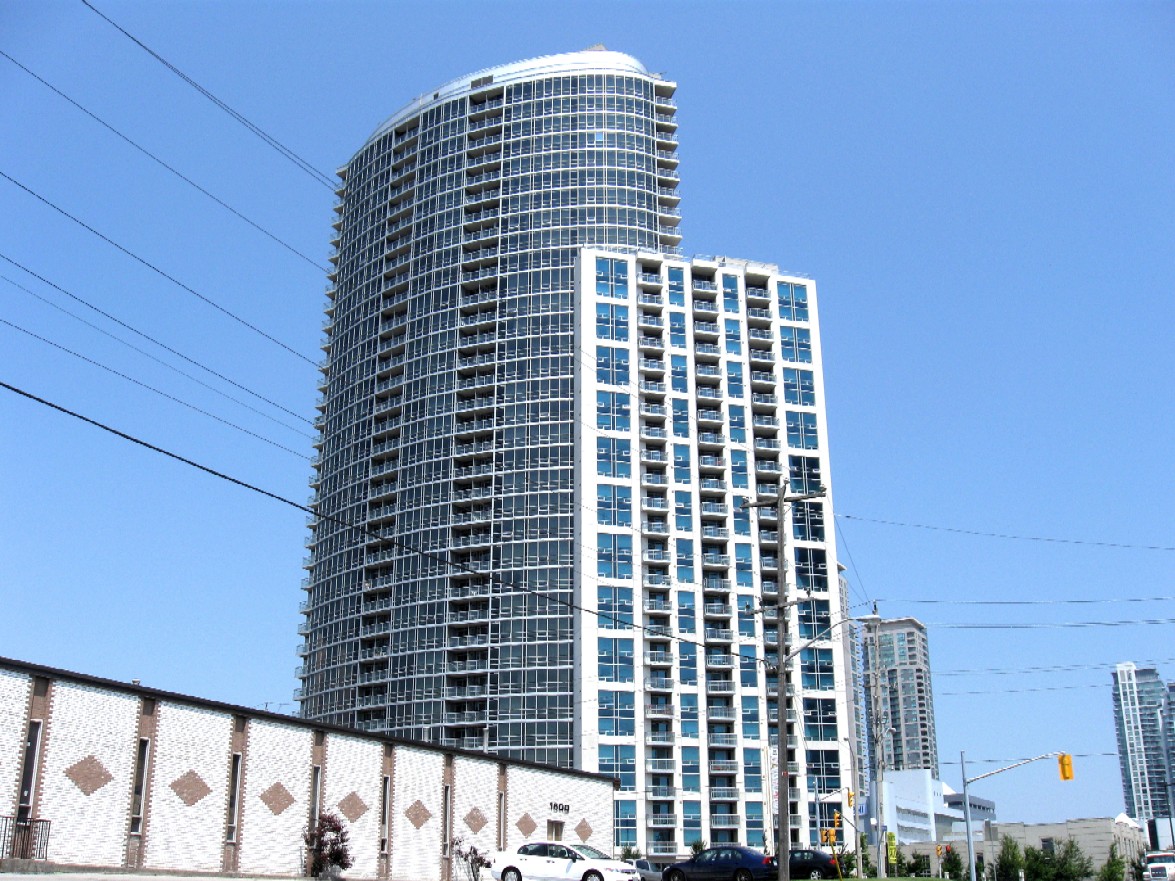 Tridel's last investment at Town Centre, 360 degrees condo is very visible as one approaches, due to its architectural modernity. Boasting an almost downtownesque style, it's geared to younger buyers. Most units have balconies, & 2 storey townhouses round off the complex's lower level. It's perfectly situated, a quick walking distance to Brimley & Ellesmere. Unit layouts can be unconventional but some have amazing floor to ceiling window with great views. 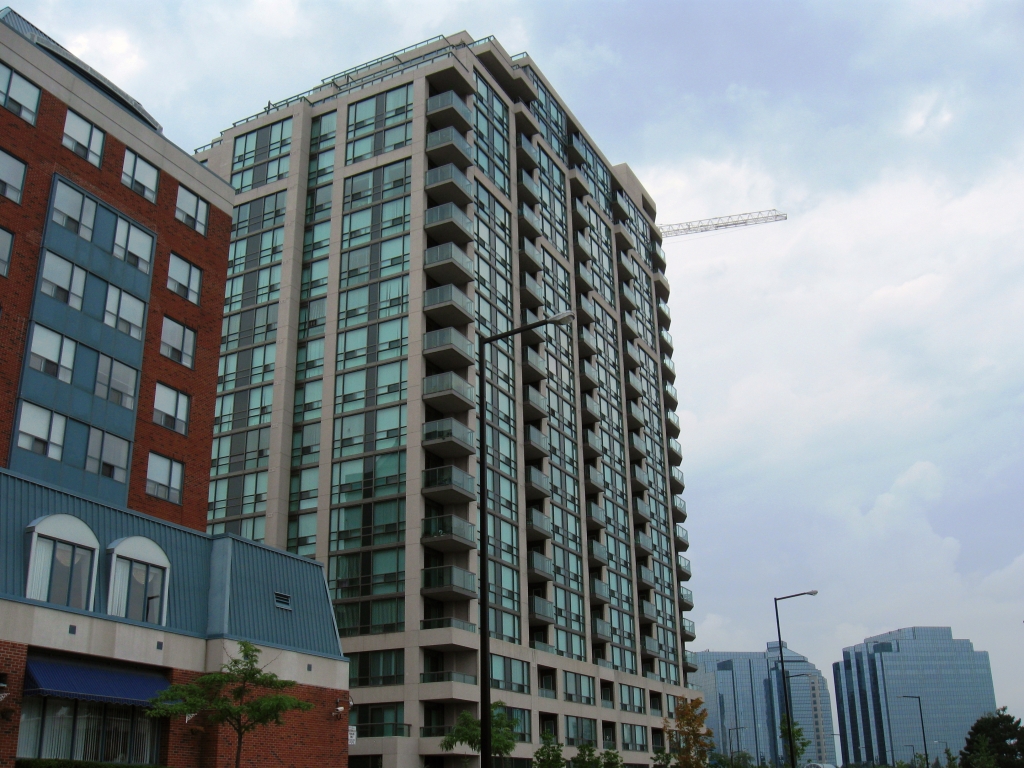 located just east of McCowan Rd, these Conservatory built high rises are pet friendly without a size restriction, which is rare. They are popular with younger buyers, & is across the street from a new plaza with a large grocery store. Skyscape was finished in 2008, & has all-inclusive maintenance fees, & Altitude was completed in 2012, with fees that don't include hydro.

Inquire about the condos at Scarborough Town Centre

By agreeing to Terms of Use, you will have ability to search up to 133093 listings and access to richer information than found on REALTOR.ca through my website.